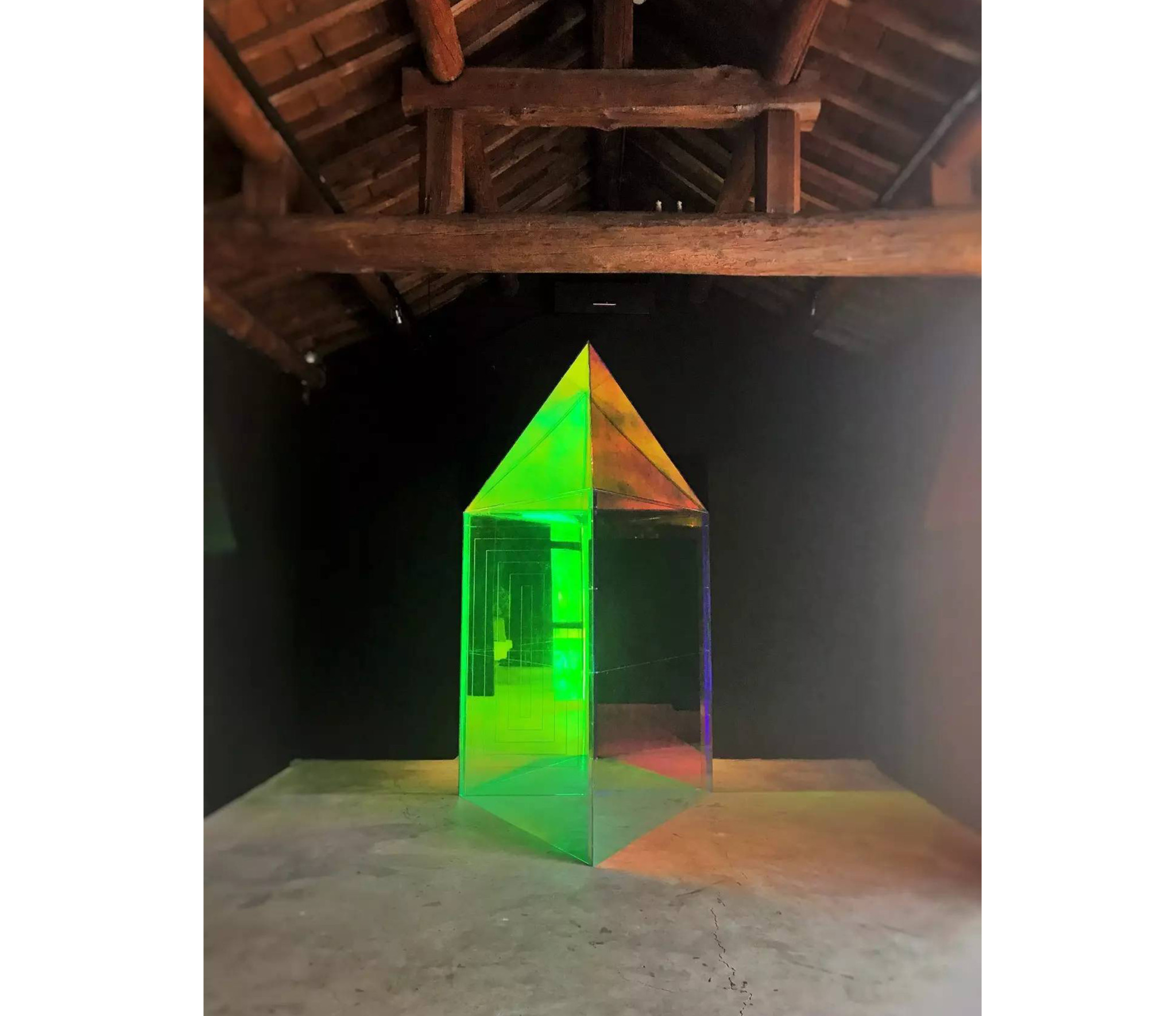 Graduated from The Central Academy of Fine Arts (CAFA) in 2013

Lives and works in Beijing, China

It's an illusionary object which transcends the realistic space.  As light penetrates the interface, the interplay between reflection and transparency distorts the boundary of reality. The images are constantly reacting to its surrounding. A space which stimulates activities as we wonder back into our memories of space, time, people, nature. The existence and imagination of audiences are part of the artistic works which co-creates the space. Meet here and now, between a physical and non-physical reality. If all illusion is a reality, what you see is what you get.

Liu Shuang adopts the principle of the mirror image to produce a translucent and reflexive house of wonders. In this space, one sees oneself and what’s outside of the house, while the external viewer merges with the internal to produce an overlapping and distorted phenomenon. This is a spiritual abode beyond reality where the viewer is invited to reflect upon reality and illusion.