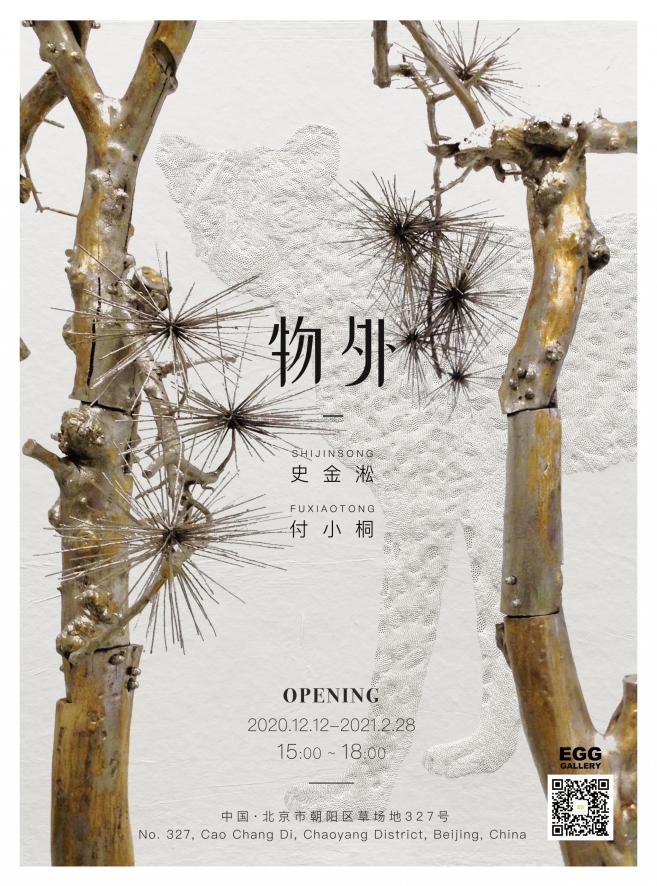 Through Centres of mankind’s culture and psychological history, even without mankind’s manipulation or alteration of from or appearance to suit an agenda, trees have always been perceived as possessing a spiritual essence. Their use as land markers to signify energy points in the earth, pressure point as the Chinese refer to them along the Dragon’s veins, the convergence of lay lines and the anchors that kept the “dragon ” locked in the ground is not confined to any one culture. It’s universal. Trees have long had a poetic essence in Chinese culture from ink painting to poetry. Shi Jinsong ’s pine trees, were the inspiration for the work he has down in recreating tree form , but the pine form ,more precisely the capturing of its essence and spirit proved elusive -- from Karen. Smith, <Shi Jinsong works 2001 to 2011

Fu Xiaotong asserts that her use of traditional tools and materials carries with it traces of multiple localized cultural meanings: among them a reverence for nature and signification of the elusiveness and fragility of life traditionally embodied by Xuan paper (as something produced from the transformation of natural resources — appropriated to social / cultural uses — while remaining ‘easily torn apart’). Fu Xiaotong also asserts that the needles used in the making of her work penetrate both sides of the paper ‘over and over, as if casting a spell, indicating the nothingness of images’. No suturing thread is drawn through in the wake of puncturing. Representation is made possible by multiple combinatory absences: repeated punctum delens, if you will. -- Paul Gladston, University of Nottingham with Lynne Howarth-Gladston, independent scholar.